The nominations are in for Britain's ugliest new building and there's some fierce eyesore competition.

The Carbuncle Cup was established by Building Design (BD) in 2006 as a light-hearted way of drawing attention to a serious problem - the bad architecture blighting the country's town and cities.

People from across the country have nominated the worst building structures and a panel of judges has whittled it down to six.

The nomination for this private house compared it to 'the appearance of a red faced child.'

Pace Jefford Moore Architects have built this private house at 20 Ambleside Avenue in a residential street in Streatham.

The nomination for this structure likened the house to "the appearance of a red faced child who has said something gauche in a room full of grownups."

It includes three towers rising up to 37 storeys, the tallest of which is scheduled for completion in 2019 when the development’s construction finishes fully.

Two of the towers are already complete and occupied including 28 storey Haydn Tower.

It includes a ten-screen cinema, restaurants, bars, retail and a 340 space multi-storey car park across 75,000 ft² of space.

Lewisham Gateway is a £375 million urban regeneration scheme that includes the redesign of one of south London’s most notoriously inhospitable traffic gyratories and there-routing of two ancient London rivers.

The first phase has been completed and includes two finished residential towers and another two that are under construction.

The nomination states the structure is "bland, boxy and with some vaguely indeterminate delinquent menace, the towers currently stand like a sneering street gang of four."

The Shankly Hotel in Liverpool dedicated to the famous football manager Bill Shankly.

Back in 2014 local hotel developer Signature Living got permission to convert a Victorian former council building into a boutique hotel dedicated to the famous Liverpool football manager Bill Shankly.

However, it is the rooftop extension to the Shankly Hotel in Liverpool that is driving people to complain to the local council.

After work started the council started receiving complaints that the 'lightweight volume' was being realised as a rude, dark, oversized rectangular box that wasn’t anything like the consented drawings.

Student accommodation is generally well known for its basic look, but in Plymouth someone has decided to give students panoramic views.

Beckley Point is a 23 storey student housing block and the tower features vertical shafts of multi-coloured facades squashed together to form an awkwardly tapering ziggurat.

It is 78m high and is now the tallest building in the south-west. 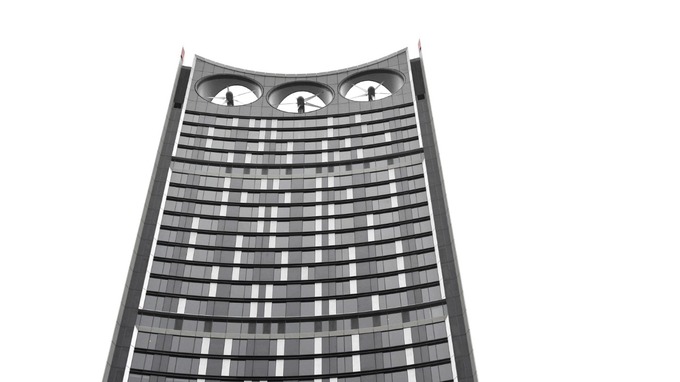 The Strata Tower in south London’s Elephant and Castle.Credit: PA

Each year readers of Building Design are invited to nominate the new buildings they hate the most.

Some of the unwilling winners have included:

A residential building in London’s Docklands

The Walkie Talkie office building in the City of London

A large apartment block incorporating a Tesco’s in Woolwich

The renovation of the Cutty Sark

The Strata Tower in south London’s Elephant and Castle

itv.com
CarbuncleCup Britain'sugliestbuildings
If you notice an error, highlight the text you want and press Ctrl + Enter to report it to the editor
2 views in january
No recommendations yet
Telegram
Your recommendation is submitted.
You have already recommended that.

WAH LONDON LTD
Add company
age-restriction-popup-content
Do you think this is an error?