Brent council says it is cracking down on exploitative landlords after shocking case in which every room was filled with mattresses.

A raid on a three-bedroom house in north-west London has found 35 men living in rooms full of mattresses - theguardian.com writes.

The discovery was made on Winchester Avenue, Queensbury, at about 6am on Tuesday following complaints from neighbours, Brent council said. The men, all of eastern European origin, had piled bedding in every room except bathrooms, with one mattress even laid out under a canopy in the back garden. 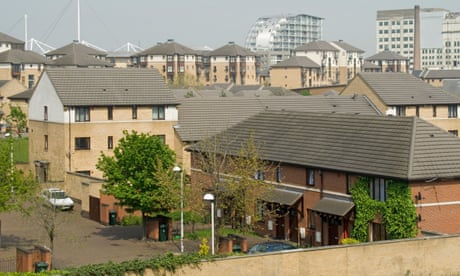 Images from the semi-detached property show dozens of shoes piled on top of each other, clothes strewn across radiators and rubbish clogging the garden.

Harbi Farah, the cabinet member for housing and welfare reform at Brent council, said it highlighted the worst excesses of unscrupulous property owners . He said: “Rogue landlords make their money by exploiting people who can least afford it, it’s a shameful practice and this is an especially shocking example.”

In just one room, eight men were found to be sleeping side by side on “wall-to-wall” mattresses.

The owner of the property is being traced, Brent council said, adding that it had secured more than 100 successful prosecutions against rogue landlords in July.

A neighbour told the Guardian that a large extension to the semi-detached property was completed around a year ago after the previous owners sold the home to a buy-to-let landlord, adding several rooms.

Another said groups of men are sometimes seen leaving the building early in the morning and late at night, but said the property was “usually quiet.”

A local businessman said “up to 100” men could be seen “waiting for work” outside a local DIY shop a few minutes walk from the property early in the morning, and he was sure the men living at the three-bed home waited for work with the group.

A man seen leaving the house on Wednesday afternoon said he was Romanian and did not speak English.

35men_in_one_house
If you notice an error, highlight the text you want and press Ctrl + Enter to report it to the editor
No rates yet
I recommend
No recommendations yet
Telegram
Your recommendation is submitted.
You have already recommended that.
If you have a minute, please rate in more details